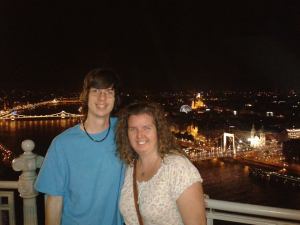 With my oldest man-child, from the top of Gellert Hill, overlooking Budapest.

We’re slowly adjusting to having an ‘adult’ child.  He’s still living in our house, and driving our car (both in Colorado), and not living without older, real adults/family in the same house…but he is on the other side of the ocean, and he’s a High School graduate and soon to be college dude, holding down a full time job.  So he’s much more adult than child.  And he wanted to come spend time with us this summer, to be here for his dad’s only real vacation week, and go with us to Austria…so we made it happen.  Somehow we’ve gone from counting down and whispering until they all fell asleep, to spending a thousand dollars just to have them stay up into the wee hours with us and kick our butts in games we taught them. 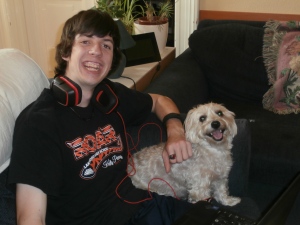 Just moments after arriving, with his very happy dog Gizmo. 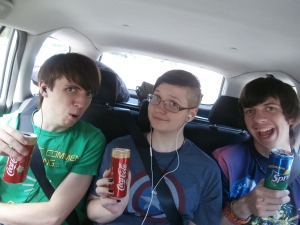 In the rental car on the drive to Austria, they found the cutest sized sodas at a gas station.

Josiah arrived mid-week before the Sunday we left for our week in Austria, giving him just enough time to get over his jet-lag before we took off.  Schloss Heroldeck in Millstatt, Austria is a special place for our family.  It’s where Norbert and I attended Bible College and met, it’s where we got engaged.  The Bible College was moved, but the property is still owned by Calvary Chapel and has been a Conference Center before, during, and since the school was there.  Mid to late August of every year since the early 1990’s there has been a Missions Conference held there, this year they officially re-named it the European Pastors and Leaders Conference, to acknowledge the vast and growing number of native, non-missionaries in church leadership.  We’ve been so blessed to be able to attend for now our third year in a row, and Norbert has already requested the time off for next year.  Last year we had just left Josiah behind in Colorado to start his senior year of High School, and I was greatly encouraged by some other missionary moms who had sort of ‘been there/done that’ with teens doing school far away.  It was extra special to have Josiah attend with us.  He was also coming fresh off his time as a Camp Counselor at a church run camp he’s been attending since he was in 4th grade.  That experience really brought out the leadership abilities in him, and he dove into hanging out with the teens in Austria, most of whom were much younger than he was.  We know now that we don’t really see our kids much once we arrive in Austria, but it was especially heartwarming to see our oldest boy from time to time, going by in the midst of a big group of teenagers – the tallest head by far, and sort of being followed by the younger kids.  He helped out in the youth group sessions, so much so that when the leaders left a day early, instead of just not having a youth group time, they asked Josiah to lead it.  He shared his testimony with the younger kids – I had to wait over a week before he shared that same testimony with us at home. 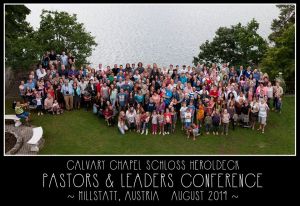 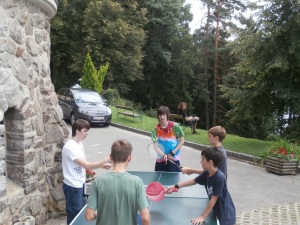 If I needed them, I could often find our boys here. 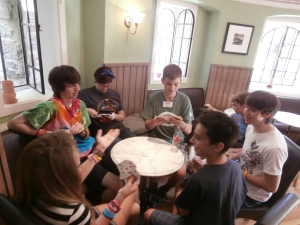 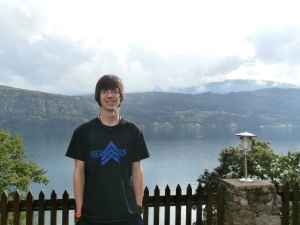 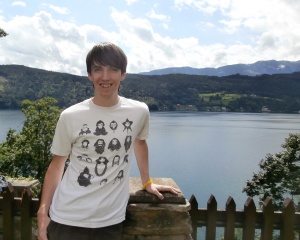 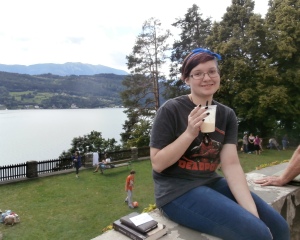 I would not have believed the difference one year could make in my family – to go from just having left a son behind in the States, wondering, often, if we were doing the right thing in following Jesus on this crazy adventure when it seemed to be hurting our kids so much.  And then, the very next year, he’s asking to come with us, to be at the conference – and when he gets there, he jumps in and leads the young kids.  There weren’t many teens at the conference at all three years ago, the first time our kids got to come, our boys were about the only teen boys – but this year there were more boys than girls, or so it seemed.  Our boys had that experience of being sort of bored that first time, and were able to turn that around and be examples while also making it a fun and memorable week for boys younger than themselves.  As a mom, it doesn’t get much better than this.  I soaked it up.  Especially as life remains hard for both Anna and Joshua – better now that they’re attending a real school with real live friend possibilities.  But we’re in the trenches with our other two, and it was a much needed encouragement to see that we’ve not irreparably damaged Josiah, and that means there’s hope for the other two, right? 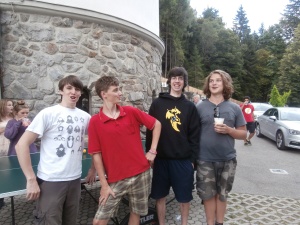 And this is what you get when you ask a group of teen boys to smile for a picture.

Austria, while more wet and cool than we may have hoped, was still wonderful, and over too soon.  We came back and life began quickly, with school starting for Anna and Joshua and Norbert (teaching an IT class!) two days after we got home.  And with the other two in school all day, this also meant we had some time with just Josiah.  Norbert and I got to take him out to lunch several times, or he’d just come along on grocery trips and errands.  We got to talk and just spend time with our first baby.  We really didn’t have a lot of time with Siah during our visit to Colorado, he worked most weekends, when Norbert had the most time off – so we made up for that in the end of his time here, or tried to.  There’s never enough time, and you never say all you want to – but we savored it, and had several good long talks, face to face in the same room, not via Skype and our computer screens. 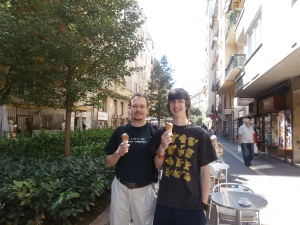 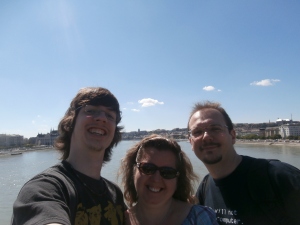 Long arms help make good selfies – thanks Siah! On the Margit bridge over the Danube.

And then came the day, much too quickly, when we were taking him to the airport again.  This time seemed worse than previous goodbyes.  Not having a set and planned time when we’ll see him again could be a big part of that.  Josiah has been asking for some time now to have an ‘American Christmas’, we have spent the last 4 Christmases here in Hungary (we came for Christmas the year before we moved back).  He would also like to not have to travel during his short break.  And so it’s looking like we won’t be together this coming Christmas.  Can you hear my heart break from wherever you are?  And our family is not planning on a summer trip to Colorado next year, taking a financial and emotional break and letting us focus on our home here.  All this is good, and yet, it made the tears flow as Josiah went through security toward his flight back to Colorado.  And it makes my sharing, and remembering, the good and encouragement God gave during his visit even more important.  I sat down to write a big update…but I needed to remember Josiah first, and focus on how proud we are of him, and how excited to see where God takes him.  And remember that he had a really hard time with our move, but he can now share with others how God used that dark time in his life to grow him.  I may not get as much time as other families get with all their offspring under one roof, but I hope I’m learning to cherish it maybe more because of that.  And I hope I can encourage you to hug those kids, and to trust that God can take hard times and use them to His Glory.  I know I need that reminder myself. 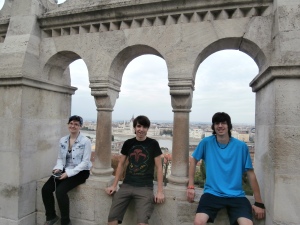 His last Saturday here we went up to Castle Hill to take some pictures, this is at the Fisherman’s Bastion, with Parlament behind them. 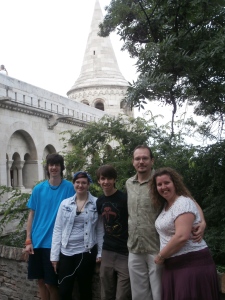