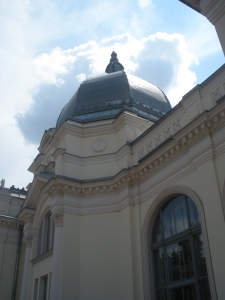 We’ve been in Hungary almost nine months now.  We came with no agenda, no real plan or goal outside of our family.  Norbert had his still fairly new full-time job that we knew would come with some adjusting, though for him they were happy adjustments.  Going from three jobs down to one can only be happy.  God spoke so clearly in the summer of 2010; we knew this move was in His plan for us, but outside of coming back to Hungary we have not known much else.  Maybe that is too broad, we have been shown some things, over and over.  We are to just be for a time, and not worry about doing.  That has been really hard to follow, as it is much simpler and more understood to become active and do a lot of things, good things.  And there are always things that can be done.  We are also to go slow, we are not back in Hungary for a short term endeavor that needs to be jumped into and accomplished quickly.  Again, this is rather hard to follow, especially for my impatient self.  We see a need, we seem perfectly matched to fill it, we want to start doing and be able to tell everyone, “Look, we’re doing this.  God told us to.”  Instead we are making contacts, establishing relationships, pursuing possibilities, and praying.

Some days it feels like we’ve been here an awful long time and God still hasn’t told us exactly why.  And that can feel frustrating and sometimes embarrassing to admit.  And other days are like yesterday.  Yesterday was pretty amazing.  I’m still sort of in awe at how clearly God moved and gave us direction.  Before we moved we made it clear to the kids that we’d be making annual trips back to visit friends and family in Colorado and hopefully California and Maine regularly too.  Our first thought was to come back each summer, but as we were leaving in the fall we did not foresee being able to come right back the next summer.  And then we got here and had a fairly miserable first Thanksgiving, and so the idea of going back for the next Thanksgiving was born.  With the kids in online school, we didn’t need to wait for a school break, plus airline tickets are much cheaper in the winter.  And so we began to look ahead to our fall trip back home.  But finances were not exactly falling into line with that plan, at least not easily.  And so we prepared for scrimping and discomfort to make the trip possible.  Norbert, being the finance wiz he is, found a way, and we have only been waiting on some insurance checks from work on our house in Colorado to enable us to buy the tickets.  We’ve settled on dates, and we’ve begun to talk to friends about where we’d stay.  We talked to a travel agent about tickets.

But behind all that was wondering.  At the same time God had just provided the most amazing new apartment, and while we could just afford the trip, it would mean nothing extra for our new place.  We could make do, but it took some of the sparkle out of the new home adventure.  And then, as summer has rolled along, conversation began about summer topics.  The kids began to discuss things they were missing, which led to how they’d do this or that next summer in Colorado.  A fall trip now and a summer trip next year?  It was too much too soon after our expensive move.  I knew this deep down, but what do we cut out, and how do we break the kids’ hearts (and mine)?  And then there was the English Club.  One of those possibilities we’ve been pursuing.  We had even gotten to the stage of making flyers and spreading the word at several High Schools, but no one ever came, and no teachers ever returned Norbert’s visits or phone calls.  With the end of this school year, we felt clearly it was to wait until next school year – but if we leave for October and November, would it even make sense to start it, or try to, in September and then have a huge break until after Christmas or the New Year?  Was our trip God closing the door for now, or was the trip in the way?  We weren’t sure which.

Hungary has been in a nasty heat wave, and Wednesday night we waited until ten at night to walk the dogs, when it was finally a bit cooler out.  Norbert doesn’t usually take breaks in the evening except for dinner, so this was unusual but it was a light work day, and we were tired of the hot house.  We talked a lot, and both of us shared some confusion on what we’re meant to do.  Nothing earth-shattering or new, but it was good for us both.  And then Thursday morning, yesterday, some of that discussion naturally continued, and we both came to the place of being okay with not going back for a fall trip, of it not feeling right.  But we have three teenagers who are dying to see their friends, eat American food, and go shopping.  And then Norbert said we should just present them with the numbers, and let them do the math.  The last time we had discussed the possibility of not going back in the fall, I had been a sobbing mess.  Yesterday I was surprisingly calm as we talked.  We wondered if we should talk to the kids right then, or wait?  I told him I was calm, so we should take advantage of my ‘good hormonal’ day and get it over with.  For extra measure Norbert rode his bike up to the grocery store and got everyone big Magnum ice cream bars.  I prayed, and contacted some friends for prayer while he was gone, and told the kids we’d be having a Family Meeting in fifteen minutes.

There was laughter and joking as we ate our ice cream bars.  Then Norbert had Anna bring a notebook and pencil, and we gathered around the table.  Their Daddy began by sharing how in the past they’ve been pretty small and got told what was happening, but that they’re all old enough now to be in on how decisions are made, and that we’d like their input as we figure out some things.  He had her make a column of months, with the amount we can save next to them, and then next to that a list of what the savings adds up to each month.  We then made a brainstorming list of all the big-ticket needs/wants in the coming year, with an estimated cost next to each.  The joking and laughing had died down, and it was pretty quiet at the table as the numbers sunk in.  Was there enough to do everything we’d like to do?  What could we afford to do, and what was the most important to everyone?  There were no tears, ever.  Not one.  There was an amazing calm over that table, in our home yesterday.  Three teenagers talked calmly and rationally about various possibilities, they used math and their brains, they considered what mattered to each other, not just themselves.  Yeah, I’d call that a miracle on several levels.  God used our children and confirmed what we’d been suspecting and feeling.  Spending next summer in Colorado is much more important to our family than going this fall.  And God may not be giving us an outline, or a chart explaining our future, but He is certainly guiding and directing.  I know His presence was among our family yesterday, and I know He told us to move here, and for now, that is enough.  My patience may be tested, and my pride often wounded as I lack anything to report or say I’m doing, but my God is guiding and I am resting in that.